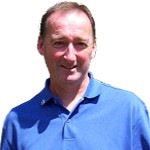 Brian Connor - PGA Head Professional
I am a Class AA Professional, level lll coach and qualified Mind Factor Coach. I am also the founder of House of Golf. Born on the Isle of Bute on the West Coast of Scotland, I have been in the golf industry since the age of 10 when I first became shop assistant at my home course of Rothesay. A move 'down south' took me to Henley-on-Thames where I played most of my golf as a young assistant on golf courses such as Wentworth and Sunningdale. At the age of 19 years I moved to Shaw Hill Golf and Country Club in Chorley, where I officially qualified as a PGA Professional. A short but happy stint at both Heaton Park and Brookdale Golf Club started off my reputation as a competitive retailer. It was at this time that I first started to look seriously at the concept of custom fitting. In 1987 I became the Professional at Manchester Golf Club and the rest, as they say, is history. During the past 25 years, my staff and I have created a golf establishment that is respected throughout the UK. We are second to none when it comes to golf retail, custom fitting, club renovation and tuition. The advent of the new Golf Performance Centre in 2008 and Putting Lab in 2011 has taken House of Golf to another level in the golf industry.
Book a Lesson Book a Club Fitting
Ben McKaigg - PGA Assistant Professional
Book a Lesson Book a Club Fitting

Motocaddy's 'how to... Care for your battery'
Click here to find out how to maximise the efficiency and lifetime of your Motocaddy Battery Read more.......

Don't miss updates from us.

Thank you for signing up.

One last step - You will receive an email from us in the next few minutes. Please click the link to confirm you are happy to receive our weekly newsletter.